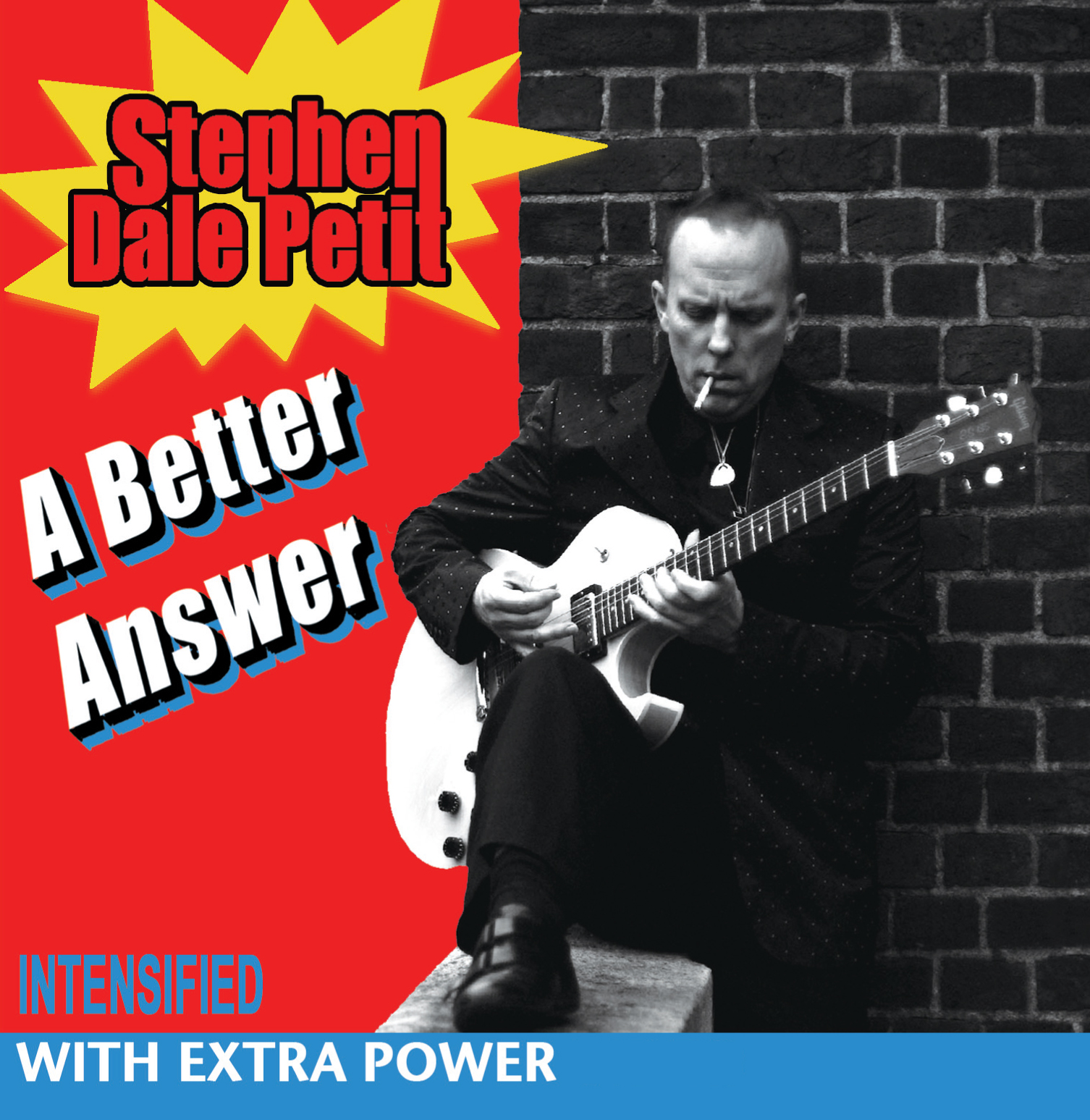 “If there is a better technical guitarist plying his trade in Britain today I want to hear them NOW – in the meantime SDP is absolutely the guvnor and this roughshod and aggressive single is the bollocks too. Petit plays blues, rock, slide and rock ’n’ roll with equal aplomb and with ‘A Better Answer’ he is well into Dr Feelgood or Clash territory. The guitar slashes at you like a razor and his sneered vocals are absolutely punk – ‘Someone, somewhere has gotta have a better answer, I just want to smoke my cigarette’.
Putting the stamp on the envelope is the dirtiest, meanest guitar I’ve heard in a long time. It’s got attitude, it’s short (under 3 minutes) and it’s the real deal. Best played – and I love saying this – loud! A Better Answer clatters out of the speakers full of heart and punch – well worth the download.”
Next: As The Years Go Passing By
Previous: Guitararama
Tracks
A Better Answer (2.48)
Written by: Stephen Dale Petit, Charlotte Cripps, Alex Baxter
Published by: Serious Delta Papa Music

Stephen Dale Petit: A Better Answer
Preview provided courtesy of iTunes
Lyrics ↴
W10 top deck on a 52 bus
You’re sittin’ there, no cares, like you’ve got it sussed
I don’t mean to be unkind but I think you’ve lost your mind
Old Joe’s big promises have bitten the dust

It’s hottin' up, just enough boy, to make ya sweat
Scientists don’t know how hot it will get
Am I really to pretend? I can’t seem to comprehend
I just wanna smoke my cigarettes


Watchin’ me, watchin’ you, baby it’s a slam
Like a hotel pool in a traffic jam
All the things that you have said are now driving through my head
Help me please
Send a text tell me who I am

I don’t wanna fight about it
Somebody, somewhere has gotta have a better answer

Next: As The Years Go Passing By
Previous: Guitararama