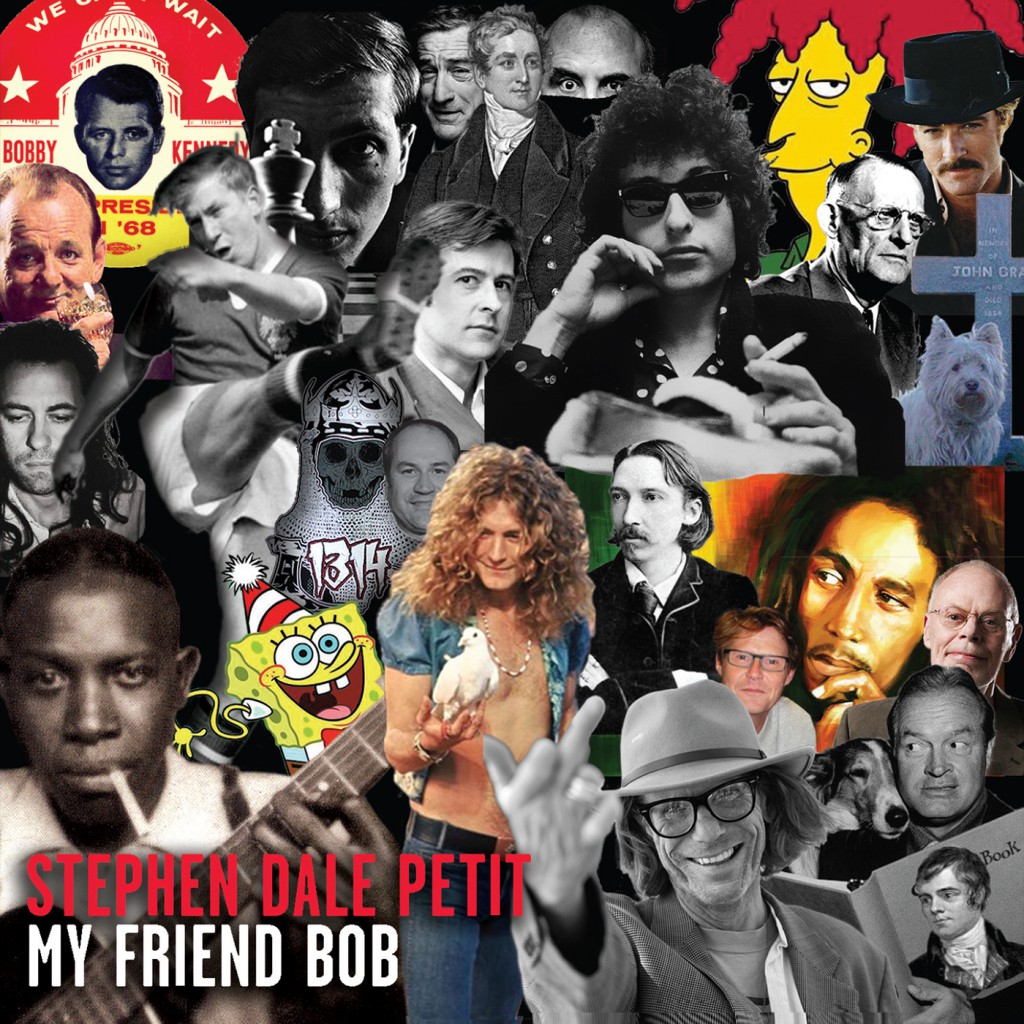 “London based US bluesman Stephen Dale Petit has a new single coming from his acclaimed album “Cracking The Code”, an album that I gave 5/5 to in April when I described it as a “Musical Tour de Force”.

The latest offering is no different quality, one of the stand out tracks from the original record, My Friend Bob the story of a mate who was always either in trouble, causing it or borrowing cash to get out of a jam.

Perhaps not typical of Petit’s style, the track is a piece of thoroughly bouncy Americana; an ultra-catchy, pedal-steel soaked country rock ramble that is one hundred per cent toe tapping. A great pop number too and one that should be on radio stations as once heard, it never fails to bring a smile.”

Stephen Dale Petit: My Friend Bob
Preview provided courtesy of iTunes
Lyrics ↴
My friend Bob is cocaine crazy
No he ain’t lazy
He’ll lend you five dollars
So that he can collar you for fifty more

My friend Bob
A hobo icon
Yeah, he’s so right on
You’re thankful to be in the presence of his guru peasant’s hippy tricks